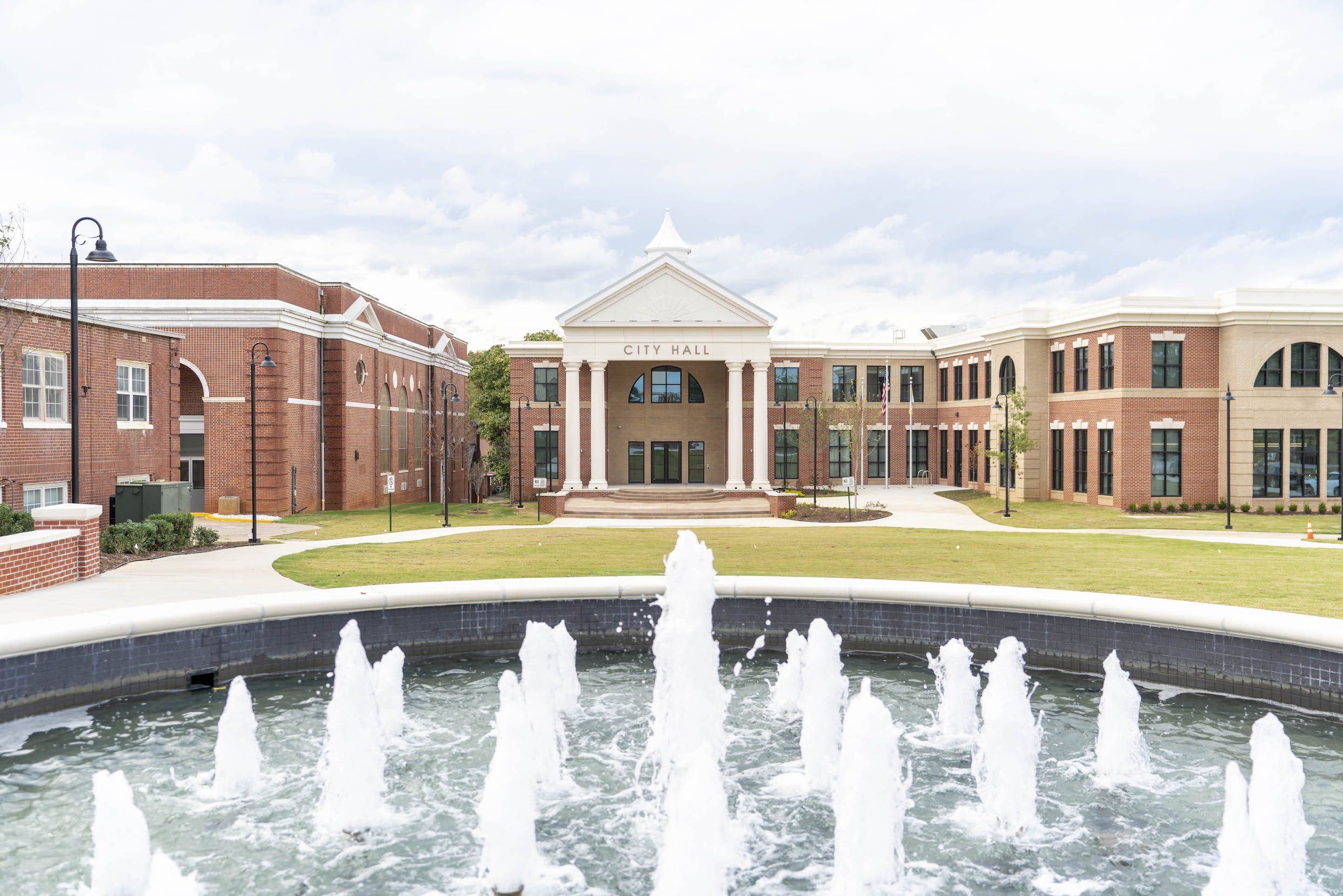 In 2016, the City of East Point reached out to Sizemore Group looking to move their city operations back to the heart of historic downtown, which was sitting underutilized but filled with potential.

The City presented Sizemore Group with the objective to build a new city hall with a state of the art facility located in the old town center. The new site, between the original city hall and public safety headquarters, would serve as a beacon of public involvement, community gatherings, and catalyst for investment in downtown businesses and community life. They also needed a master plan of the city block to incorporate the new city hall and auditorium.

Sizemore Group led the design and construction efforts with the support of Brown Design Group, SL King engineering, Foresite engineering, and Winter Construction, to develop the new East Point City Hall.  At 31,000 sq. ft, the new facility maximizes daylight and offers roughly five acres of green space with two water features to be enjoyed by staff and the community. 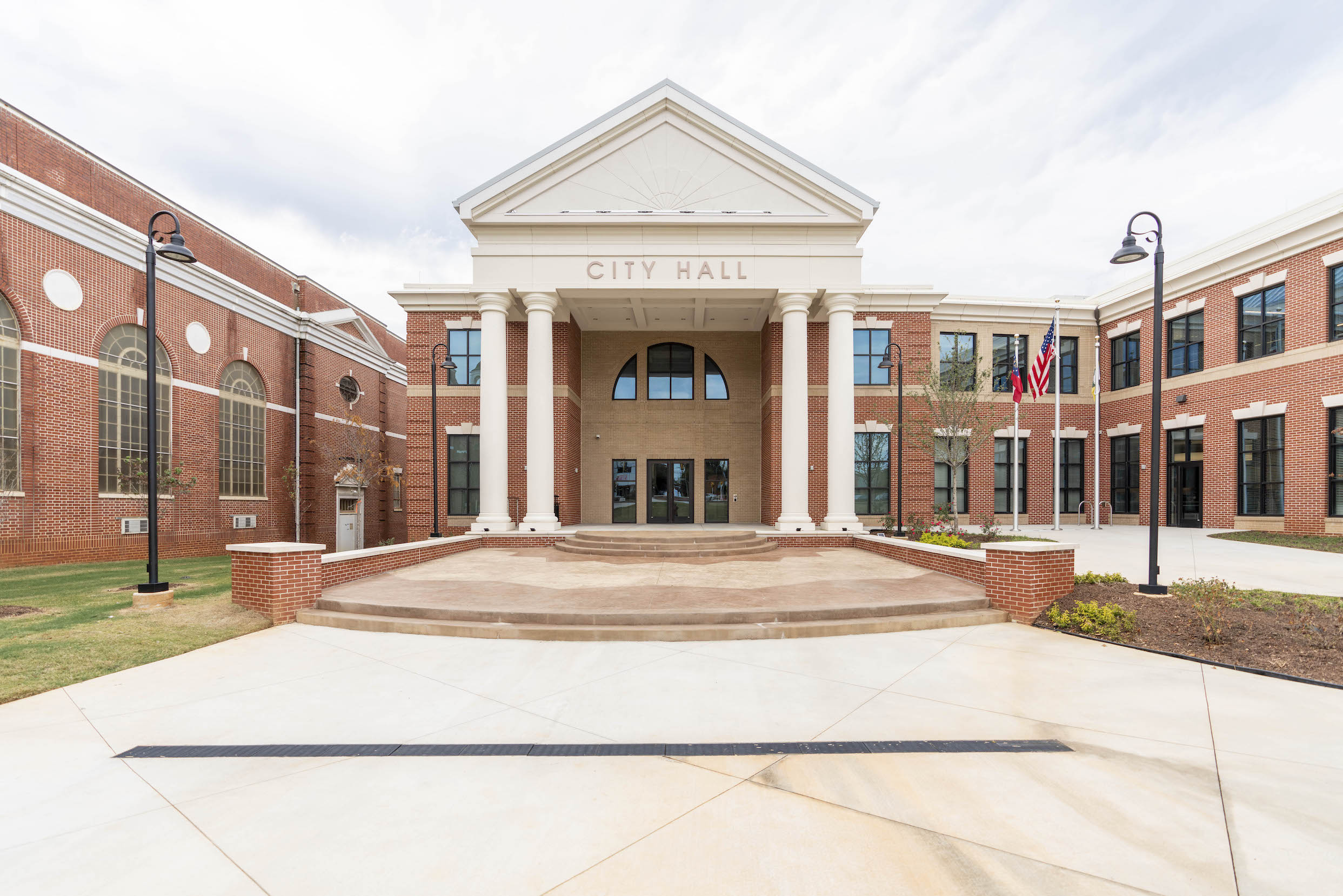 In 2008, Sizemore Group worked with the City of East Point to create a comprehensive master plan for the city’s historic town center. Recognizing the need to centralize and eventually update the city hall, the firm planned for the proposed new building to move to the heart of the city’s town center, where it could be a catalytic investment to revitalize the downtown area, which had seen better days.

When the City of East Point reached out to Sizemore Group in 2016, the time had come to update their space and move the building to the proposed location. At the time, the City of East Point had been renting space in a historic converted warehouse at a high cost, with run down systems, a dysfunctional layout, and difficult access for the general public.

The old facility was located away from the historic main street and center of town while the historic city hall sat underutilized. Adjacent to the public safety headquarters and a vacated civic auditorium in need of major repair, the original city hall building was primely located in the heart of the historic city center for optimal public access and use. 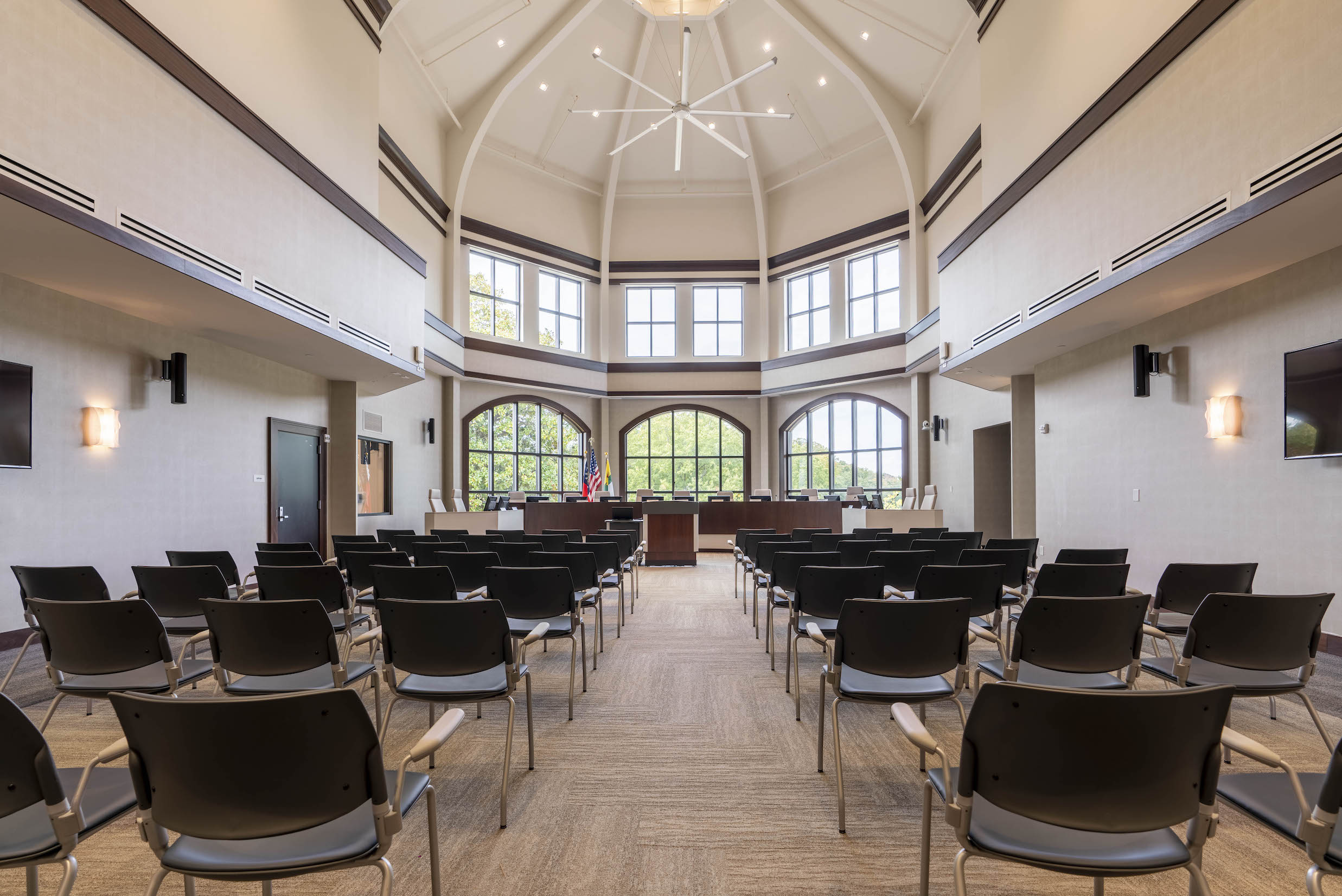 Sizemore Group held several consensus building exercises to involve the Mayor, Council, department heads and local community, all of whom had high hopes for more meeting spaces and a landmark town center that could host festivals and events. They wanted a beautiful civic building with pleasant architecture on all four sides so it did not turn its back on neighboring districts.

With a responsible budget for the project, Sizemore Group worked with the City to innovate within the constraints of the budget and set priorities to achieve or exceed their goals with modest resources. Unfortunately, the construction industry was booming after a long draught, which resulted in a severe gap between supply and demand for construction, driving construction costs up quickly.

To tackle the budget challenges, we eliminated the structured parking while still maximizing the green space through a creative use of the existing urban infrastructure. We recommended on-street parking be maximized, which cost nothing and brought vibrancy to the downtown as pedestrians walked past shops on their way to city hall. 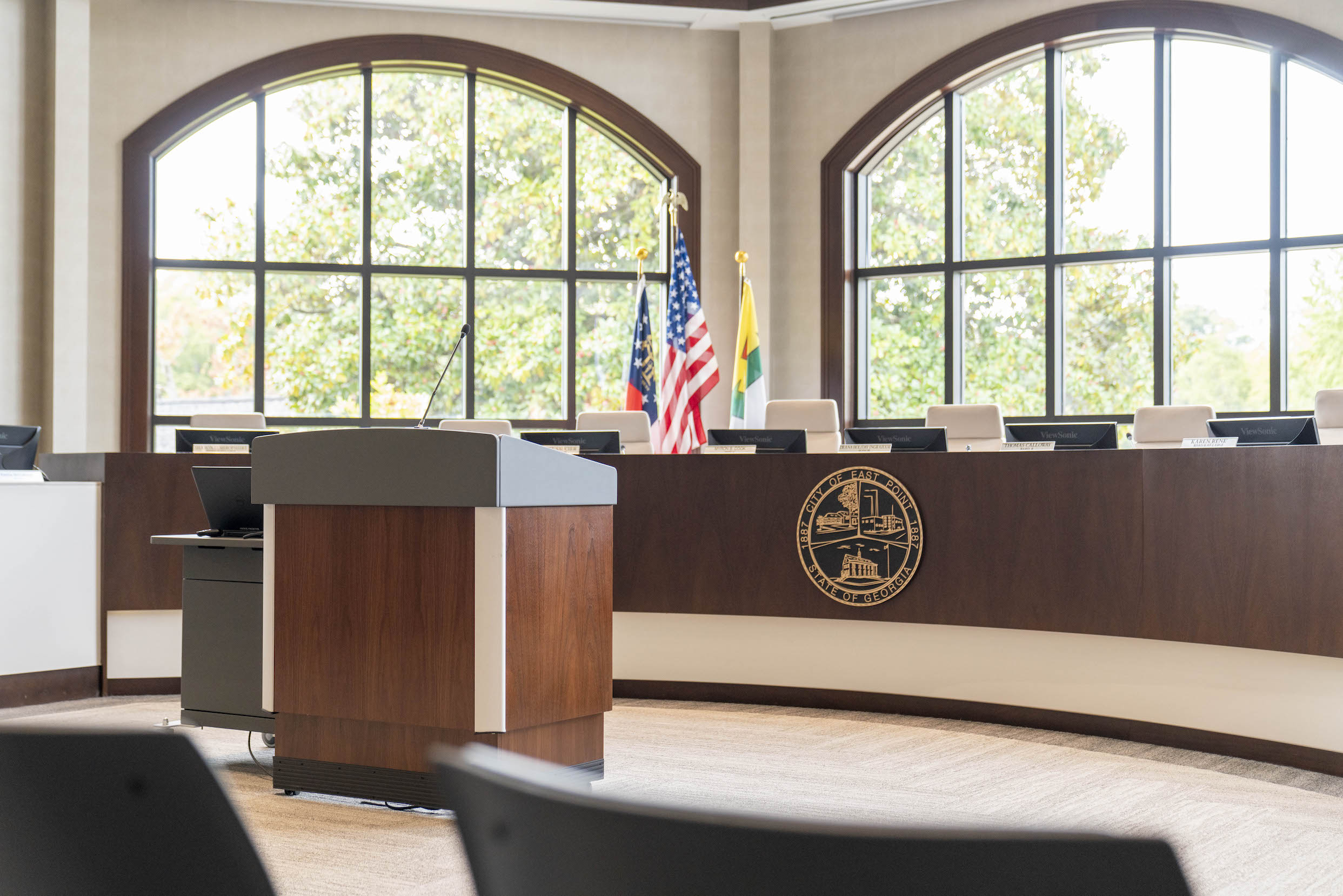 With the old and new city hall buildings, we were faced with a design challenge of two building fronts so as not to turn our backs on the community.

To integrate the new building with the old structures, we placed the main floor of the City Hall at the same height of the historic auditorium. The reason we aligned the floors is to encourage the restoration and renovation of the auditorium into a community meeting space open for multiple uses to bring people to the town center for weddings, meetings, celebrations and conferences.

Ideally, we want to create spaces that build beautiful memories for the people that use them. The goal is always to tie people to places so that families will return for generations to come. 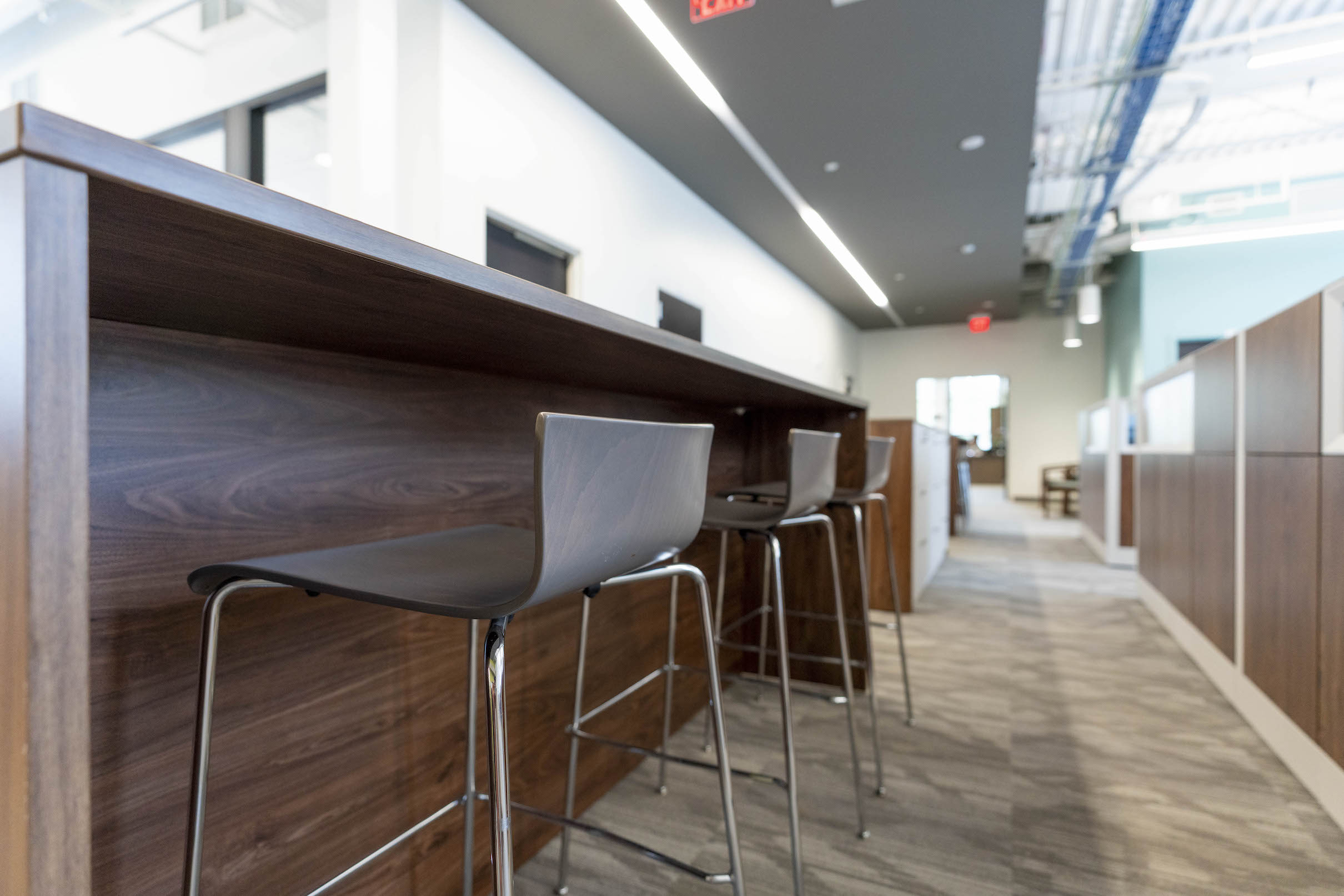 We recommended the closure of a short street between the public safety site and historic city hall and auditorium to provide a larger site and increase the green space. This created an urban courtyard that connected the city hall to transit and the heart of downtown, ultimately creating a place for people not cars.

The additional space created a real town center with an outdoor amphitheater at the front steps of the City Hall. During festivals, the small street that remained could be closed off and connected to the new town green, increasing the capacity for downtown celebrations. 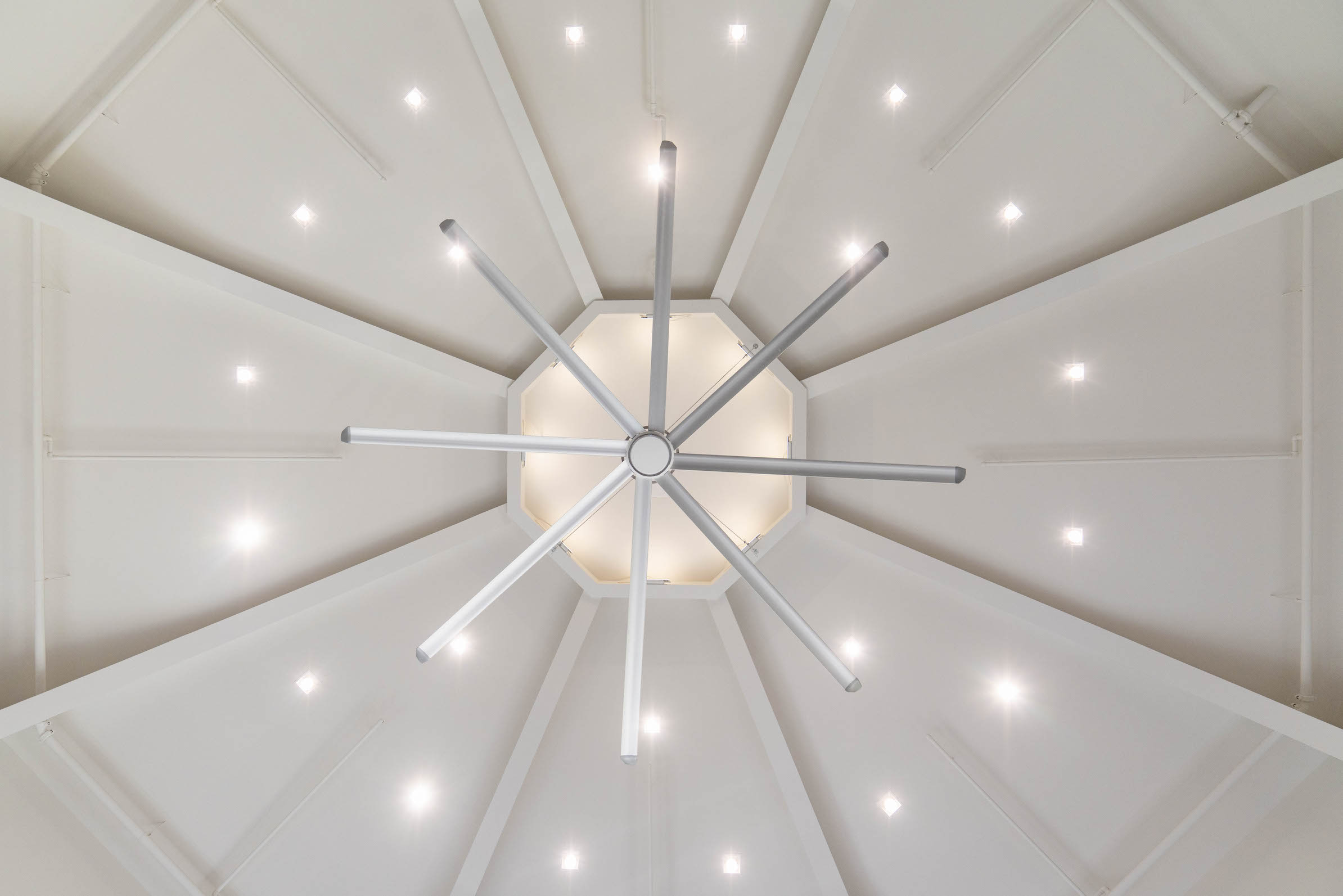 One of our core values as a firm is social equity. Our projects should both reflect and include the communities in which they exist, so we want to work with the local community in whatever we create. They should enhance the economic vitality of the places they touch.

To achieve this, we added Brown Design, a second generation architecture and construction management firm located in East Point, to our team to help with systems criteria, operational directives and construction oversight.

We also insisted that the contractor had a strong program to include local and diverse talent from East Point in their sub selection. Winter Construction/Johnson won the commission to become the project’s CM; their partnership with Johnson delivers diverse teams. Johnson held several job fairs in East point to solicit subcontractors and get them qualified for other Winter Construction’s projects throughout the region. 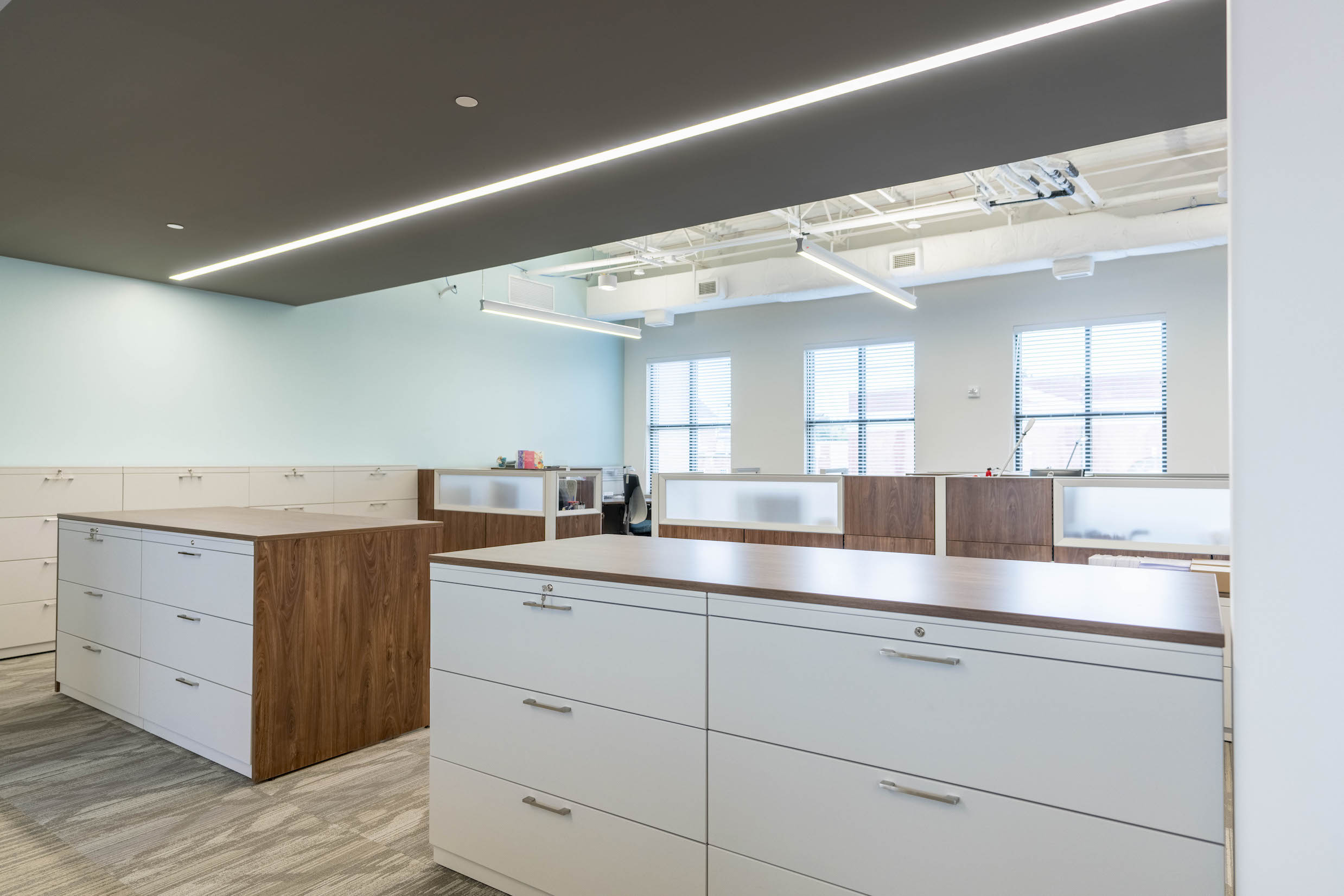 To enhance the sustainability of the building, we brought in EarthCraft experts from the Southface Institute, a strong local organization that pre-existed LEED. Our two firms’ shared interests in the integration of healthy community and facility design made for an excellent partnership.

The City of East Point chose the green sustainability pilot program, EarthCraft Light Commercial Version 2.0, developed by the sustainability consultant Southface for this project. As leaders in sustainability the project achieved Gold Certification, exceeding the expectations required. The team was able to assist Southface in defining and refining their program, which is available in the new standard. 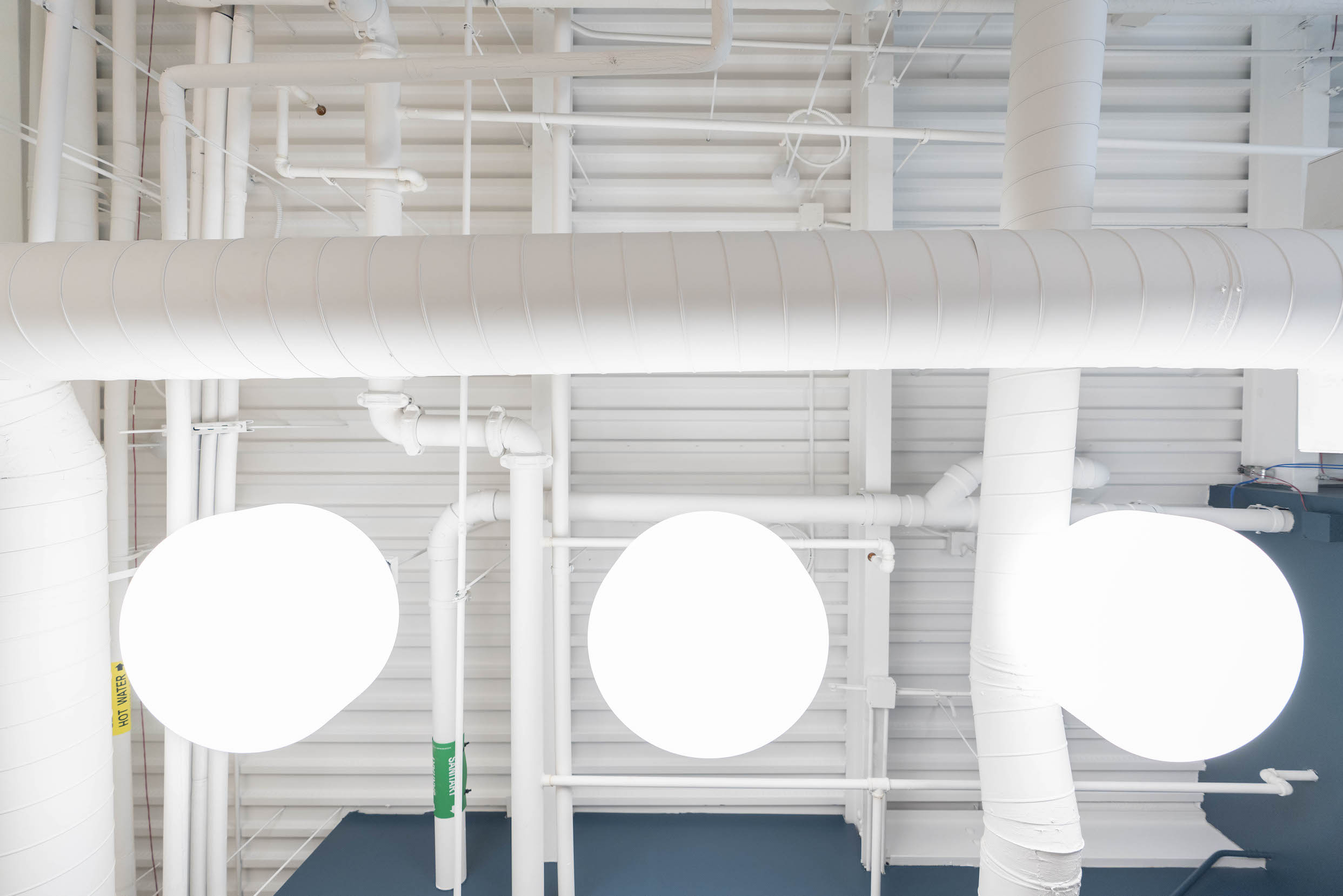