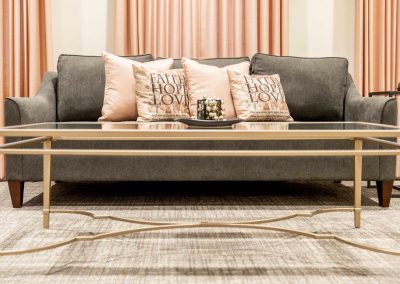 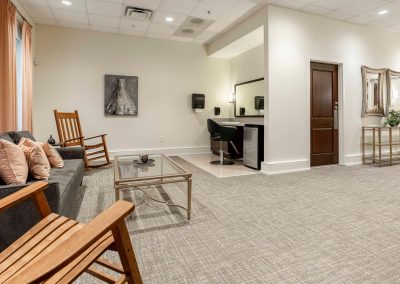 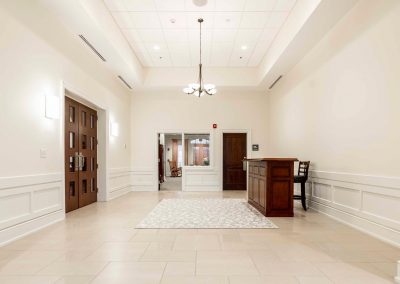 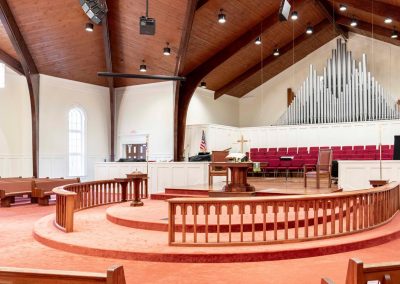 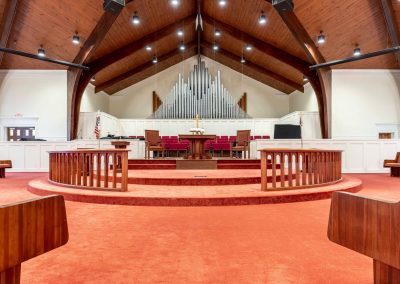 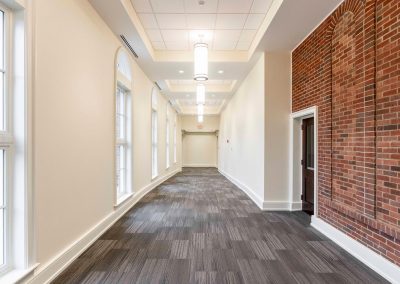 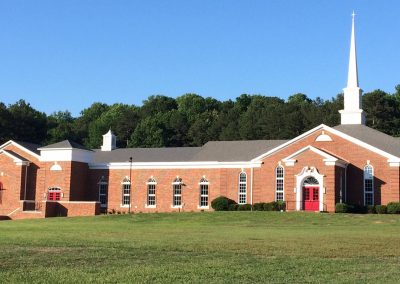 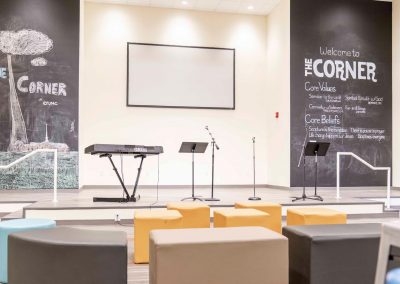 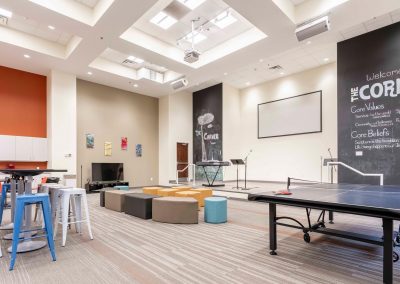 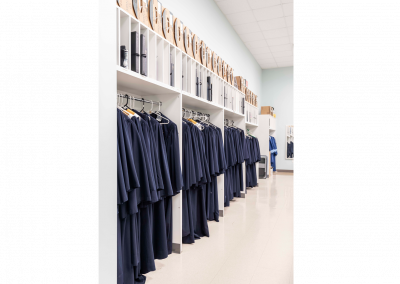 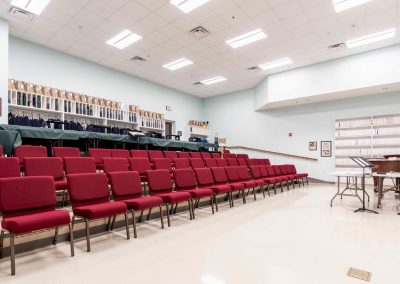 Sizemore Group worked with Chamblee First United Methodist Church to renovate the education building, which included all new finishes and a new two-story entrance lobby created by opening the second floor. The success of this renovation led to the second phase; a new addition to the building that created a new youth room, music room, bride’s room and covered drop-off for the pre-school. This Phase also included a renovation of the sanctuary to rework the existing altar platform.

The church wanted the existing altar, which was a free standing “in the round” platform independent of the music and choir platform, to connect with the music platform in order to feel as one.  With this renovation, an accessible ramp was included in the design as well. The final design was seamless between the existing buildout and the new. The team beautifully matched the existing details, resulting in a seamless design. One would think it had always been designed this way.

The new addition allowed for a new music room on the opposite side of the existing choir loft, mirroring the choir loft for better practice.  The immediate adjacency was also important for easy access to the sanctuary, lessening the distance of back and forth trips. Music storage and room for bells was also an important function of the space.

The New Youth Room was designed to create a fun and inviting space for the youth to call their own. Flexibility was an important design feature to allow for various tasks and events.  Writable walls, which included a combination of chalkboard paint and dry erase paint, were created throughout the space to allow the teens to customize their own background and settings. The furniture was also selected to be movable and flexible to various functions such as worship, performance, play, study and prayer.

The project had a few design challenges which include existing utility equipment at the location of the new entrance lobby and bride’s room and ADA challenges due to the various level changes of the existing building.  The team designed the new entry around the equipment, which saved the project money. In addition, the connection to the existing building was designed as a graceful, ramping corridor that slowly elevated to eliminate the need for handrails, creating a beautiful space.

Throughout, the team made the design decision to complement the existing building with the new.  Areas like the sanctuary, were matched as possible to create a seamless design. Whereas, the new construction was designed to complement the existing but feel fresh and new.  The design team also salvaged and showcased existing exterior elements of the original church building, which included the brick façade, door entries and interior millwork.

This project celebrates how good design combines the old with the new.